This week’s Deal Dispatch brings you more red-hot air fare deals from around the world. You can fly from Germany and Austria to Miami or Boston from €244rt, from the US to Johannesburg, South Africa from only $686 and from New York to Manila, Philippines from $527 – those are all very good prices. And if the city pairs don’t quite work for you, check out the sites I found these deals on – there are often similar deals from and to other cities in those regions! DealDispatch is as valuable for the tools I report on as the actual deals I write about!

Europe to North America: This weeks Europe-deal comes from Eurowings, the low-cost subsidiary of Lufthansa, a leading European airline. As they introduce new international routes, they offer some great deals. This week, you can fly from Cologne, Berlin, Hamburg, Dresden or Vienna to Boston or Miami, starting from only €244 round-trip, all in. Flights are cheapest on the Cologne to Boston route, slightly more on the others. You can find out how to book it on SecretFlying! 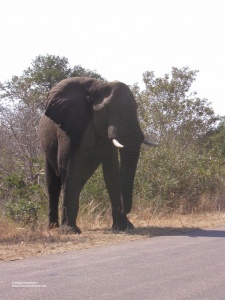 US to Africa: If you live in the US and have never been to South Africa, you should check out this great deal! Virgin Atlantic, a fun airline, is flying from San Francisco, Los Angeles, Boston, New York, Washington DC and Miami to Johannesburg, the capital of South Africa and major airline hub in the region! From Johannesburg, it’s easy to reach one of my favorite cities, Cape Town, or Krueger National Park and a number of other amazing nature and wildlife destinations. Check out my Cape Town to Victoria Falls Adventure for inspiration why you should go! Fares start at $686 round-trip, all in, from Miami and range up to $747 from San Francisco or LA. I’d prefer Virgin Atlantic over any of the US carriers, so you are in good hands. Check out TheFlightDeal on how to find the fares!

US to Asia: Flights to Asia from the US continue to be very, very cheap – sometimes cheaper than flying across the US domestically. Currently, you can fly from New York to Manila, the gateway to paradise and capital of the Philippines, from $527 round-trip, all in, on China Eastern Airlines! Manila not only has an interesting colonial history to offer, but great food and shopping. It’s also the gateway to amazing beaches (like Boracay or Coron) and superb diving (like Anilao)! Similar fare are available from Los Angeles on Air China and from $545 you can fly on United – check out the various options and carriers on airfarewatchdog.com!