There are some flight sales this week that will go very quickly, so here is another DealDispatch with fare sales by AirAsia and AirBerlin – if you have travel plans to Europe or Asia, you should check them out! You can save a lot of money in both regions by getting a discount ticket to one of the big hub airports and buying regional tickets separately, rather than buying everything in one ticket! Take advantage of regular fare sales to Kuala Lumpur or Bangkok – and score a bargain Asia vacation, including Angkor Wat or Borneo! 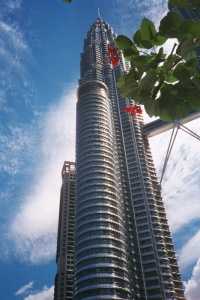 AirAsia holds regular bargain basement sales for a travel period far out, in this case February 15, 2016 – August 31, 2016. They have 3 Million seats (!!) on sale in celebration of having flown 300 Million passengers. With all-in fares (no fuel surcharges!) starting under $10, you can explore Asia for very little money – if you need some inspiration, check out my ASEAN Explorer trip earlier this year! February to April is a great time to explore South East Asia, because it is the dry season for large parts of the sub continent. You can book the flights between now and August 16, 2015 here and search by departure airport – their biggest hubs are Kuala Lumpur and Bangkok! From Kuala Lumpur, you have easy access to Sabah and Sarawak in Borneo or Penang. From Bangkok, the City of Angels, you can easily reach Angkor Wat, Ko Samui or many of the other Thai beaches! 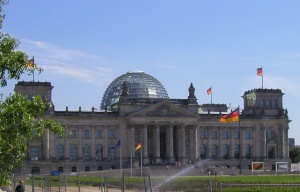 Keep in mind that AirBerlin has some pretty (steep) fuel charges, so your flight is not “free”! You can book from August 10-16, 2015 for flights August 2015 – March 2016 on their promo site! Berlin is a great alternative to the (much more expensive) London or Paris and makes for a great hub to explore central and Eastern Europe!

Good luck snatching some of these deals and safe travels across Europe and Asia!