This week’s Deal Dispatch brings you more flight deals from around the world. If you live in the US, you can fly United from Chicago to Amsterdam from $492 round-trip. If you live in Asia, you can take advantage of AirAsia’s Red Hot Sale and grab some free flights, paying taxes and fees only. And, if you live in Europe, you can fly from EUR299 from Germany to Miami! Read on for the details of this week’s deals!

US to Europe: As the fare war over the North Atlantic continues, deals on new city pairs seem to come available every week. This week, United Airline is offering low fares between Chicago and Amsterdam, Netherlands, starting at only $492 round-trip including taxes and fees. Flights are available from mid-September to mid-October, still a good time to visit Amsterdam. While Amsterdam is a SkyTeam hub, you can easily connect by train to Germany, Brussels, Paris or even London or fly on discount carriers to further explore Europe! You can find tips how to book at TheFlightDeal! 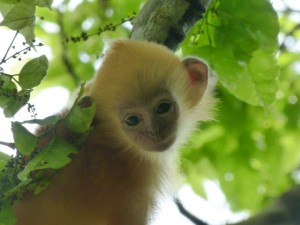 Asia: AirAsia is running one of their Red Hot Sales, offering “free seats” on many of their flights around Asia. Keep in mind that only the base fare is free and you still have to pay taxes and fees – but starting under $3, that’s still a killer-deal! And with AirAsia you also pay for seat assignment, luggage and food. You can purchase tickets through June 19th, based on availability, for flights from January 4th through August 21st, 2017 – so planning ahead pays! If you are not sure about AirAsia – read my Travel Made Easy – Air Asia post to find out more about them! You can book the tickets here! With AirAsia, you’ll have access to beautiful places like Bangkok, Borneo or Bali!

Europe to USA: And if you live in Europe, you can also benefit from the low, low prices over the Atlantic: Eurowings is offering flights from Hamburg, Germany, to Miami, Florida, starting at EUR299 roundtrip. Other cities in Germany and Austria are a little more, but still great deals! Eurowings is owned by Lufthansa and has mostly focused on Germany and Europe in the past, but is launching more and more long-haul flights. You can find out how to book this deal at SecretFlying!