This week’s Deal Dispatch focuses on current deals to save on your next reward flight through mileage promotions. AirBerlin is offering another Topdeal promotion, making reward tickets available at steep discounts of up to 75% off! United Airlines is

AirBerlin is one of the most generous programs when it comes to earning miles and getting deals on reward tickets (read my review for more details)! They currently are running their topbonus “Top Deals” promotion, offering reward tickets at up to 75% off the regular miles price. Some of the best deals are the following: 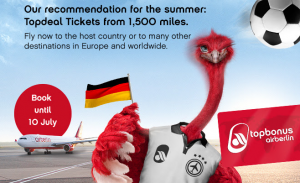 AirBerlin is also running a promotion for new members: If you sign up through this link for the program and the newsletter, you get a welcome bonus of up to 1,000 topbonus points and I receive a referral bonus of 1,000 miles as well – yay, free flights for everybody! Write a hotel review or join one of the topbonus partner programs, and you could earn a free flight before you ever set foot on an airberlin plane! 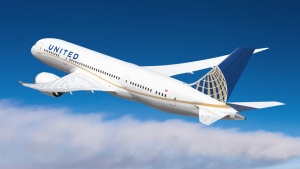 United Airlines is not quite as generous, but 25% of Economy award tickets between the US and Europe is still a great deal (read my United MileagePlus program review here). You can travel roundtrip for 45,000 miles instead of the regular 60,000 miles between end of  August 2016 and March 2017. The holidays are a blackout period, so you’d have to work around it. Do keep in mind that there is currently a fare war over the North Atlantic, with Economy tickets often for less than $500 – that would be only a value of 1 cent per mile, not a great deal. I recommend to check cash fares before using miles, even at this discount! You have to be quick though – you have to book by June 28th!