Last week I reported the launch of Air Italy and the planned expansion with flights to the US and Asia. This week, there are fares available for business class flights from Cairo via Milan to New York JFK from $599 round-trip for days in July and August. It’s unclear whether this is a (poorly advertised) promotion for the newly launched route or an error fare. But it is by far the cheapest way to cross the Atlantic in Business Class!

I always have an eye out for promotions and deals from new airlines or on new routes. They have to fill those seats against entrenched competitors and low prices are often the best/only way to do that. Especially, if you are an unknown entity, like Air Italy.

In this case, Air Italy is offering round-trip fares starting from $599 and one-way fares starting at $392 from Cairo via Milan MXP to New York JFK. The booking screen shows an A330 for the flight to New York. Because Air Italy doesn’t have Airbus A330 to day, those would have to be leased from Qatar Airways. While no announcements have been made about the configuration of the Air Italy planes, the short timeline to the launch suggests no major refurbishments, so you’d like end up in an angled flat seat like on Qatar’s Airbus A330. It would be worse, if one of Air Italy’s current Boeing B767 with old-style recliners waits for you at the gate. 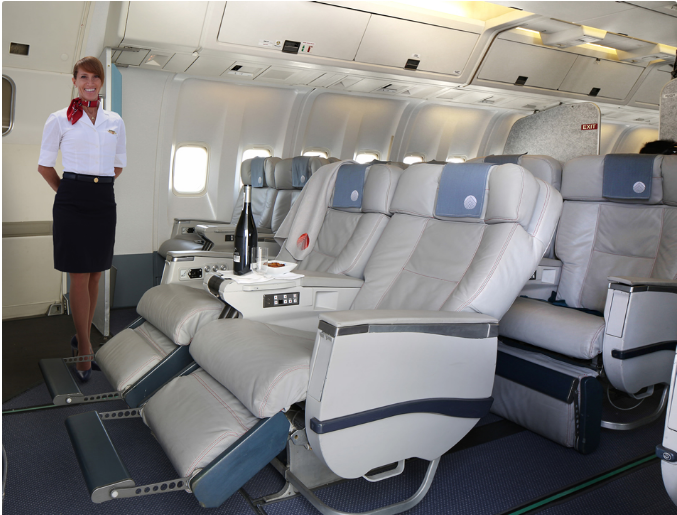 You might ask, why a flight from Cairo should be interesting to you? At rates this low, it can make sense (if you have the time) to do a positioning flight to Cairo. Say, you live somewhere in Europe and want to fly to New York, You’d book a separate ticket to Cairo to catch your Air Italy flight and enjoy most of your trip in Business Class for a decidedly economy fare. If you are traveling only with hand luggage, you could even drop the last leg to Cairo on your return trip and go home from Milan – and Milan is always worth a stop-over!

Given that this  fare has been available for a bit, it seems to be a promotion rather than an error fare, but there is always a risk that the airline won’t honor it. I would be careful to book positioning flights and hotel reservations until the dust has settled a little. You can find more details on this deal as well as other Premium Airfare deals on the FlyerTalk Forum!
If you’d like to get more travel news and deals like this from around the world, please follow me on Twitter – I’m posting news daily, so you can stay up to date on the world of travel with my Twitter updates! Or, for a weekly update, sign up for my newsletter for a Sunday Summary!