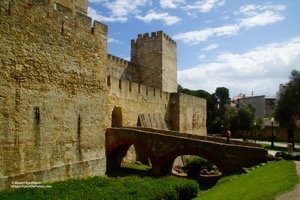 Lisbon, just like Rome, is built on seven hills – and on top of one of them you’ll find a centuries old castle and great views over the city. That makes Castelo de S. Jorge one of the most popular attractions in Lisbon and it should be on your itinerary, too!

Why you should go: I love getting a bird-eye view of a city I visit to get a feeling for the layout and the cityscape. And from Castelo de S. Jorge you get fantastic, 360 degree views of the old city as well as the new city, from the grand Royal Square to the broad Avenida Libertade, and from the tightly packed old neighborhoods with their cobblestone streets to the high-rise buildings in the new city. You can walk all around the walls of the fortifications, giving you a chance to enjoy the views at your own pace. 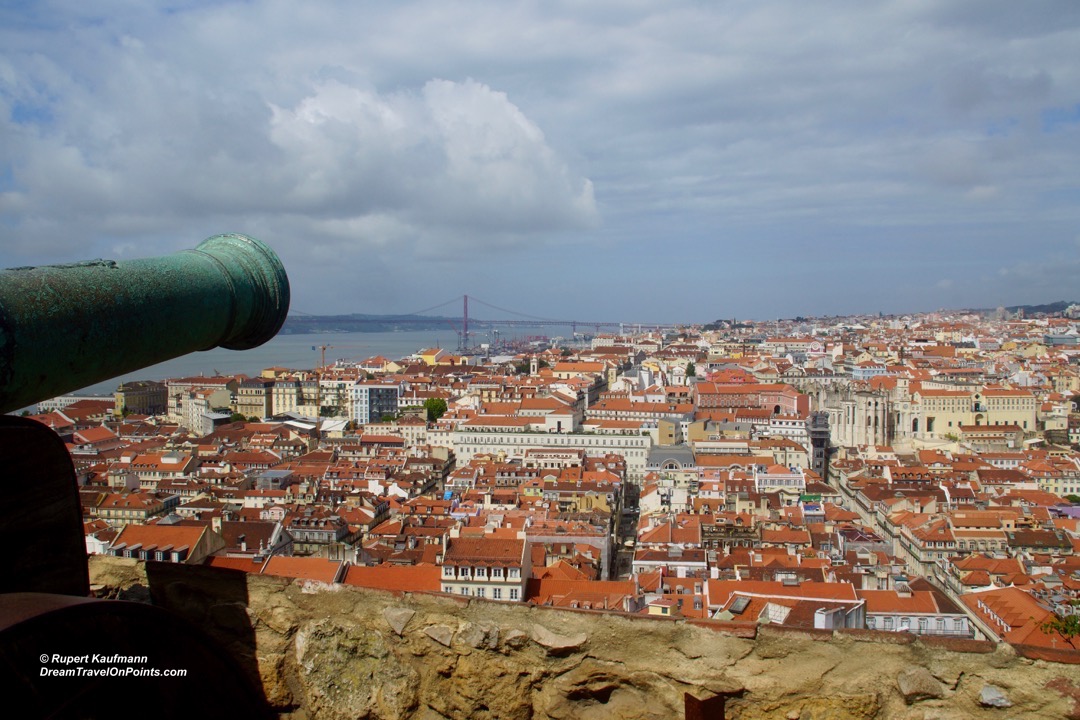 The Castelo also tells the long and varied history of Lisbon. While people settled in the area more than 2,000 years ago, with towns developed by the Phoenicians and Romans, the Moors built this fortification in the 11th century, overlooking the city. In 1147, it was the last stronghold of the Moors to defend against Dom Afonsa Henriques, who conquered the city and became the first Portuguese King. He enlarged the fortress and over time, the royal palace and archives were added. After the massive earthquake of 1755, new buildings covered the old ruins, and further additions were made. 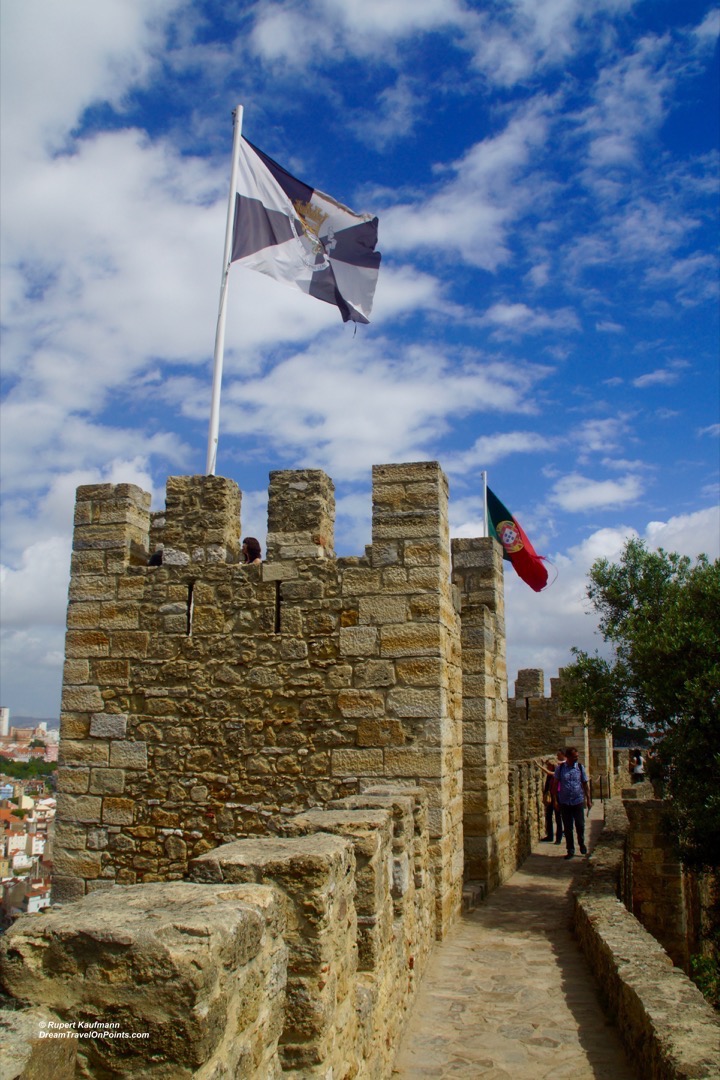 Today, you see the work of years of restoration in the 20th centuries, giving you an idea of the old fortress. A small museum on site tells the story from the Romans through the ages till today, with artifacts from the different cultures. If you have never seen a camera obscura, you can get a 15 minute tour of the city that way as well. It’s a simple, very old technology. Think of it as a periscope like on a submarine, built in a tower, with the image projected on a movable table. You’ll get a real-time view of the city below and commentary from the local guide. 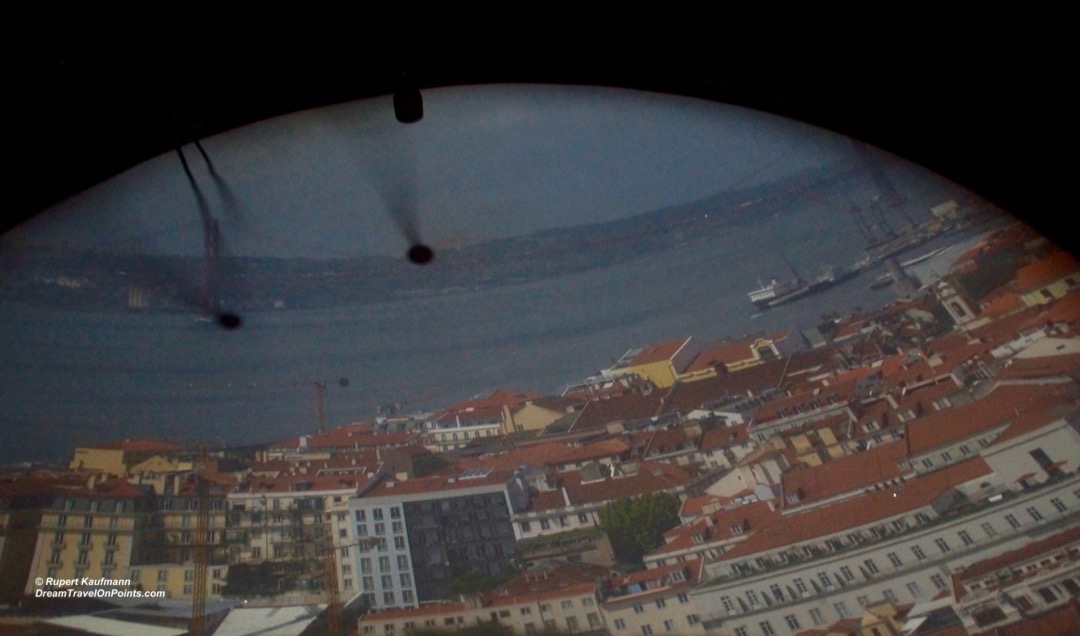 Travel tips: The Castelo is very popular and on every tour group itinerary, so it will be very crowded as soon as the tour groups arrive. So, I suggest to go early and get a head start, enjoying the castle and its views without the crowd. It opens at 9:00am and it’s worth getting there soon after! It closes at 17:00h (5:00pm) in winter and 21:00h (9:00pm) in summer. Tickets are EUR8,50 for adults and there are discounts with the Lisboa Card. That includes access to the small museum with additional information about the castle and the camera obscura. The show is 15 minutes long and admits 20 people per session, so check the line to see how long it’ll take for you to get in. If the line is long, don’t worry – the views are better from the walls. There is also a small archeological excavation of the former moorish quarter from the 11th-12th century. It’s on the other side of the castle,  – there is not much to see, so if you are hot and tired, you can skip it without missing a lot.
The castle’s commanding hilltop position makes getting to it a bit of a hike. But you can take the tourist tram 28 (near Martim Moniz Metro Station) or the Bus 737 from the Praca da Figuereia up the hill. Both get busy with visitors, so being early also pays off here.
The castle is located above the charming, old town neighborhood Alfama. It makes for a wonderful stroll back into town, along the narrow, winding alleys. There are additional sights, like the Forum Romanum and the Se Cathedral on your way back to the city center! 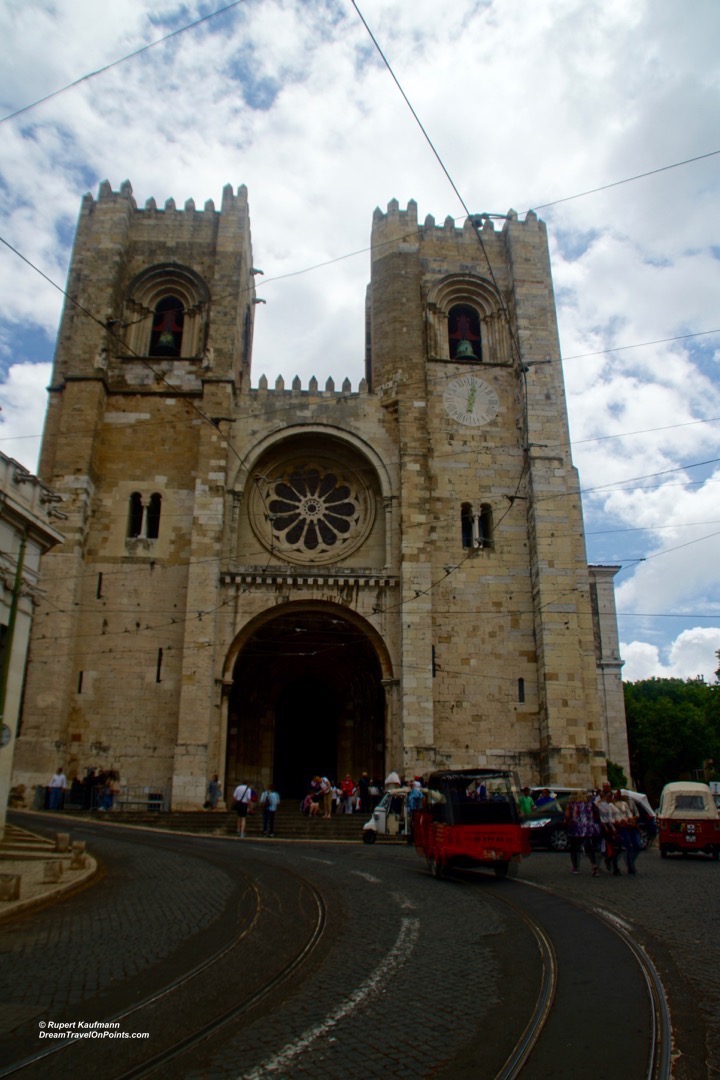