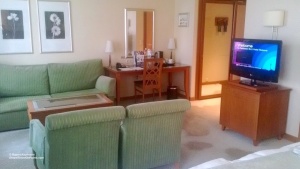 The Radisson Blu Ridzene was my first hotel in Riga, part of my Baltic Explorer trip. I wanted to stay in the best location in Riga and was looking for a comfortable hotel without paying a fortune. I had picked the Ridzene out of four Radisson Blu hotels in Riga it turned out to deliver: Within easy walking distance of the old town and the new city center and at a bargain price of EUR48 per night, providing an affordable luxury hotel in the best area of Riga! Read the detailed review of my stay below!

Location:  The Radisson Blu Ridzene is sitting right on the park and canal border between the old town and the city center, making it a perfect place to explore the city. I was at the Freedom Square within minutes and was able to do all my sightseeing by foot. It was equally convenient to the Art Noveau district and some of the sights in the new town. There are a few bus and tram lines within a block or two, taking you to anywhere further afield in and around Riga. There was a taxi line in front of the hotel throughout my stay, if you prefer that over bus or tram. Of the four Radisson Blu hotels in Riga, as well as compared to some of the other big chain hotels, I’d call this the best location for leisure visitors! I had considered some of the independent hotels in the old town, but considering how compact the city is, that’s not really necessary!

Service: The front desk staff was quick and polite at check-in: I was upgraded to a business class room due to my Gold status with Club Carlson. The staff had a map of Riga handy and answered all my questions about the hotel and tourist sights politely. Any follow up requests and check out were handled equally well. Housekeeping was thorough and quick. They provided a turn down service every night and refilled all amenities without fail. The restaurant staff was on top of their job as well, kept tables clean and the breakfast buffet stocked, while responding to any requests quickly. The Ridzene was the only Radisson property to be classified as a 5-star hotel based on the local classification. I was intially surprised by that, because it is an older property built at the end of the Soviet era, but the service did justify that classification. 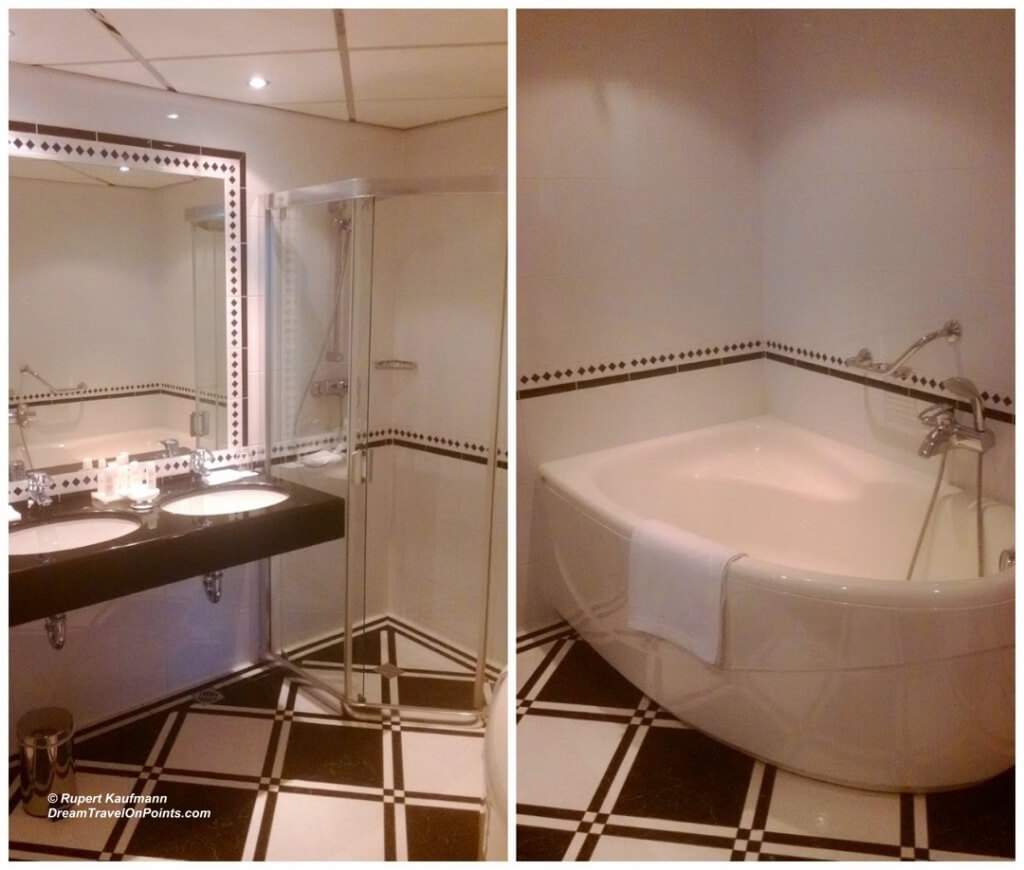 Room: I was  assigned a Business Class room and it turned out to be a large junior suite, with a large sitting area doubling the size of the room. The decor was rather traditional, with beige, brown and green colors and old-style furniture. While I would prefer a more contemporay, stylish look, everything was in good condition and well maintained. The room was outfitted very well with a large TV, safe, pants press and, my favorite feature in Radisson Blu’s Business Class rooms, a Nespresso coffee machine! The room had plenty of windows and a nice view over the park and a church! The bathroom was equally large with a separate shower and large, deep soaking tub and a dual vanity. It was held in black and white, with everything looking new and clean, newer in fact than the bedroom. 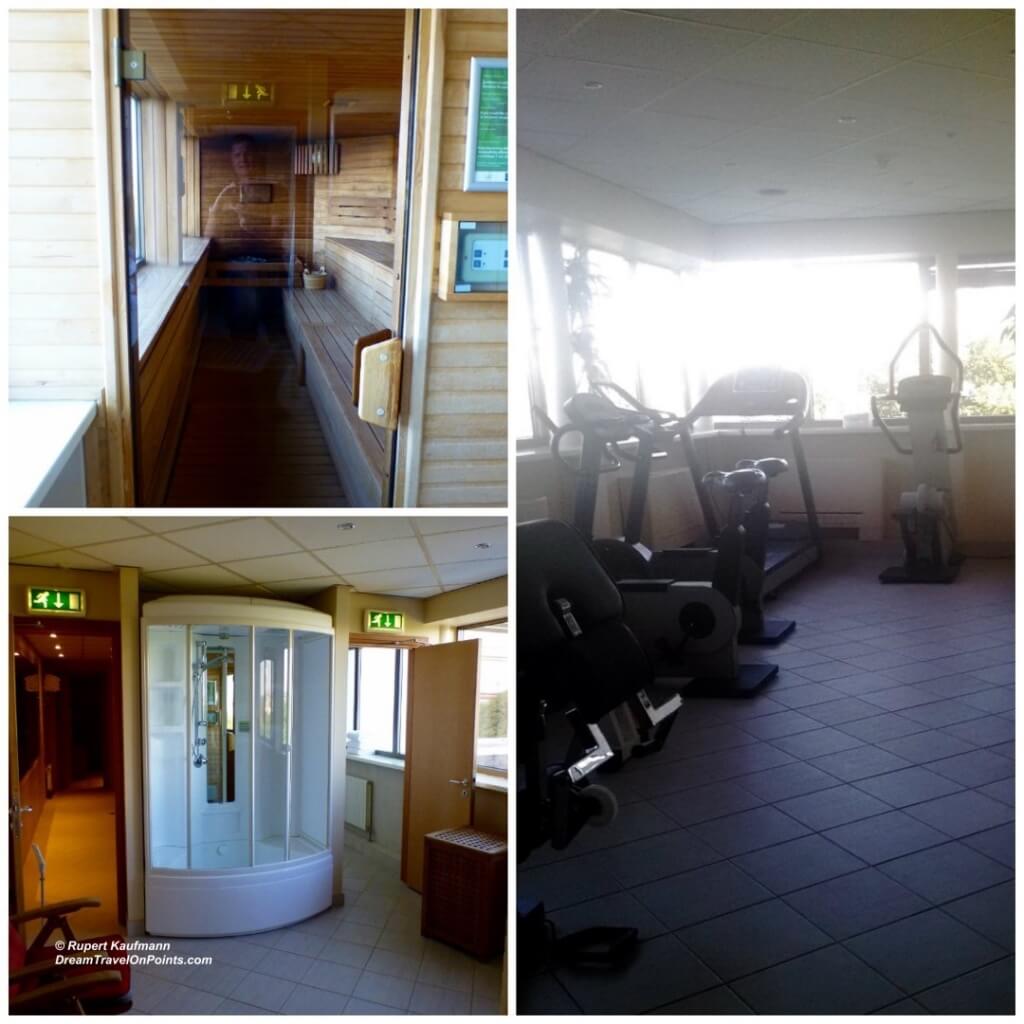 Amenities/Restaurant: One of the best features of the hotel is the nice gym and wellness area on the top floor. The gym is of good size with a mix of cardio and weight equipment – enough for a solid workout and much better than the poor excuse of a gym most European hotels offer. It also has a well equipped wellness area with regular showers, a spa shower with more water nozzles than I could count and a large dry sauna with – my first ever – a great view over the park and church! I like to use the sauna before I go to bed for a better sleep and the great view was a nice extra!
To my surprise, the bargain basement rate I had booked included breakfast – apparently all the rates at the Ridzene do. The breakfast buffet was very similar to what upscale European hotels offer: A large selection of fruit, yoghurt; muesli and cereal, pastries, breads and rolls; jams, cold cuts and cheese; and a small selection of eggs and breakfast meats. The selection and quality of the food were good, in line with other mid-scale and upscale hotels in Europe. A nice bonus feature of the restaurant is the view over the park next door. 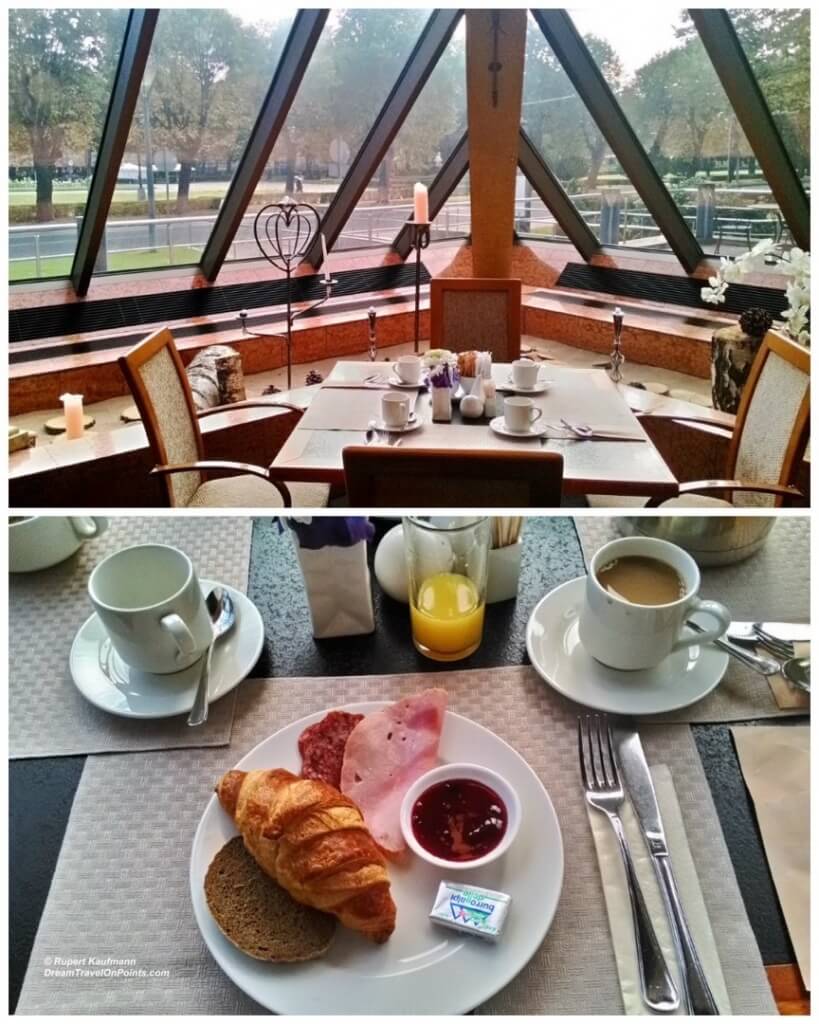 Conclusion: The Radisson Blu Ridzene turned out to be a very positive surprise: The location couldn’t be better for a leisure visit, the room was generous in size and well outfitted, the service was great and the amenities and included breakfast were nice! Considering that I only paid EUR95 for two nights (courtesy of the Club Carlson feature of the 2-for-1 weekend deal for Gold members), the value was awesome. The only downside is the old-fashioned style. If you want something more modern, you might want to check out the nearby Radisson Blu Elizabete! Otherwise, I think you’ll enjoy your stay at the Ridzene!