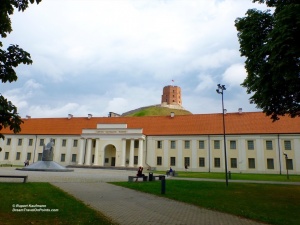 After a leisurely walk through Vilnius’ old town, I had picked the Lithuanian National Museum as my next sight to see for the day. I love to see and hear the history of a country from their own perspective and the museum came recommended by the lady at the tourist office as one of the top sights to see in Vilnius! 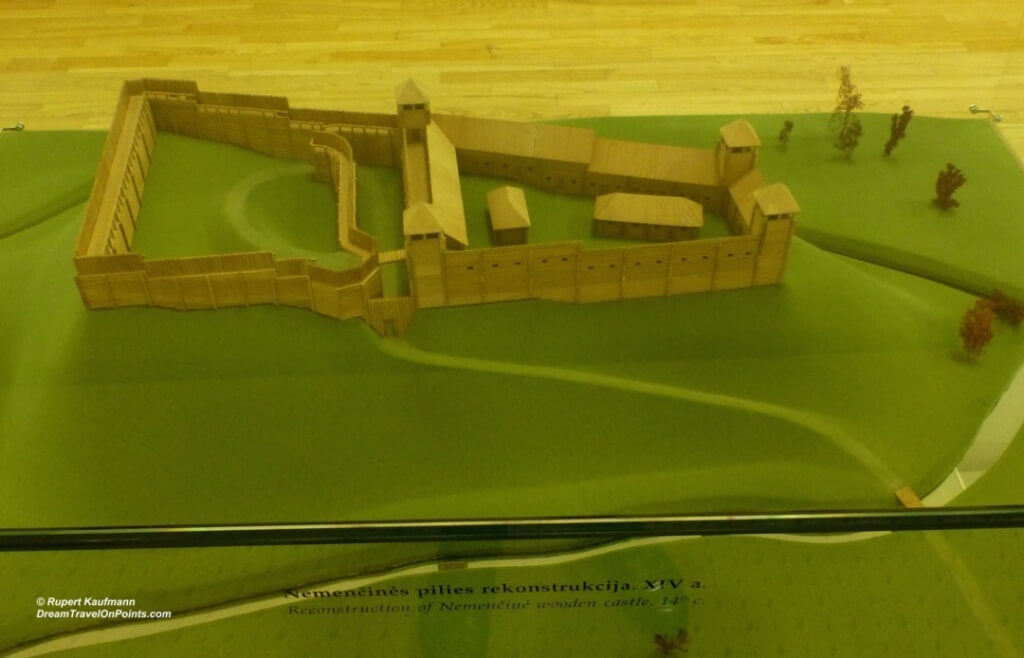 The National Museum is spread out over a number of exhibitions in different buildings. I started in a chronological fashion of sorts at the Old Arsenal with the exhibition “Prehistoric Lithuania”. In the hall “Lithuania before Christ” it starts with the earliest findings from the Palaeolithic period to the Iron Age. It documents wooden and stone tools, pottery and burial methods, all the way to bronze and iron tools and weapons. If you have been to a history museum anywhere, you will notice that it all looks somewhat familiar – the differences of cultures around the world were relatively small in those ages. It gets a little more interesting in the 2nd hall, “Lithuania before the Establishment of the State”: In addition to more artefacts from these times, you’ll find the reconstruction of a wooden fort typical for Lithuania at the time as well as the reconstruction of clothing typical for the region. The exhibition ends with the documentation of the different tribes inhabiting Lithuania at the time. I think it’s great that a country documents its history for its people and the museum is doing a nice job at putting the exhibit together. If you are a history buff interested in humankind’s early history, you should check it out. The museum is open from 10:00-17:00 (15:00 on Sundays) and closed on Mondays. During winter, it’s also closed on Tuesdays. The entrance fee is EUR2. 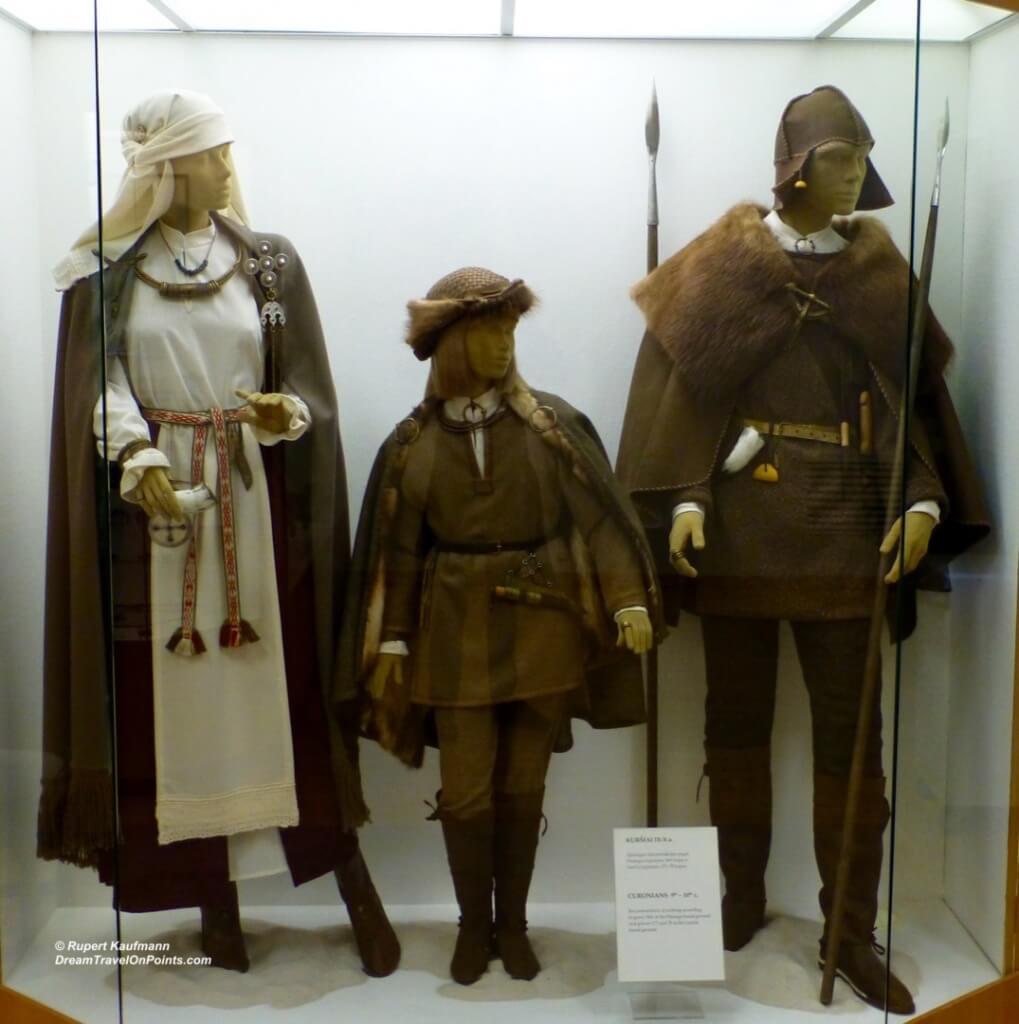 If this doesn’t sound too exciting to you, you might want to fast forward through the first few thousand years and head straight to the more recent history showcased in the New Arsenal next door! The exhibition starts in the 13th century with the forming of Lithuanian statehood and what the museum considers the golden age of Lithuania during the Grand Duchy of Lithuania and the later Lithuanian-Polish Commonwealth. In addition to typical artefacts from the period, including paintings, weapons and maps of the time, one of the highlights is the historic battle of Grunewald (or Tannenberg) in 1410 between the Teutonic Order and the Polish and Lithuanian armies. A large model and detailed documentation of the maps, leaders and armies involved on a computer provide great insight into this critical battle that resulted in the win of the Polish and Lithuanian armies and the rise of the Lithuanian-Polish Commonwealth to a great power in Eastern Europe at the time! 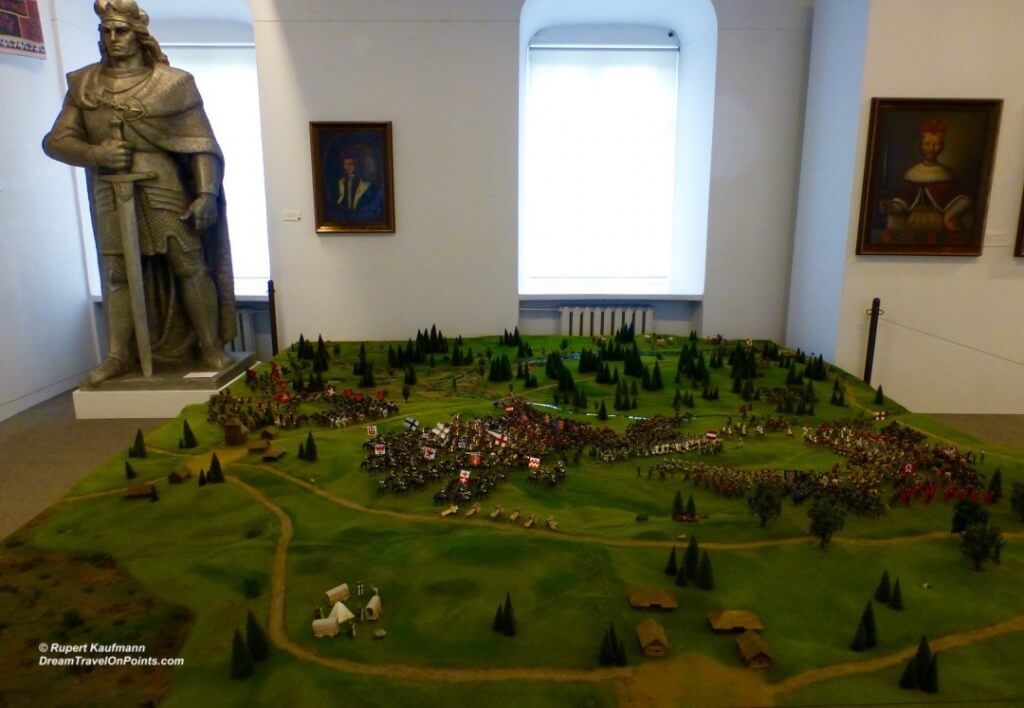 The following hall documents the period from the loss of statehood in 1795 to renewed independence in 1918. There are lots more artefacts to look at. Most interesting to me was a large computer screen with an interactive map of Vilnius at the time as well as a number of videos documenting the period, including ones about Napoleon’s march through Vilnius in his Great War against Russia, as well as on resistance of Lithuanians against the rule of the Russian Tzar. 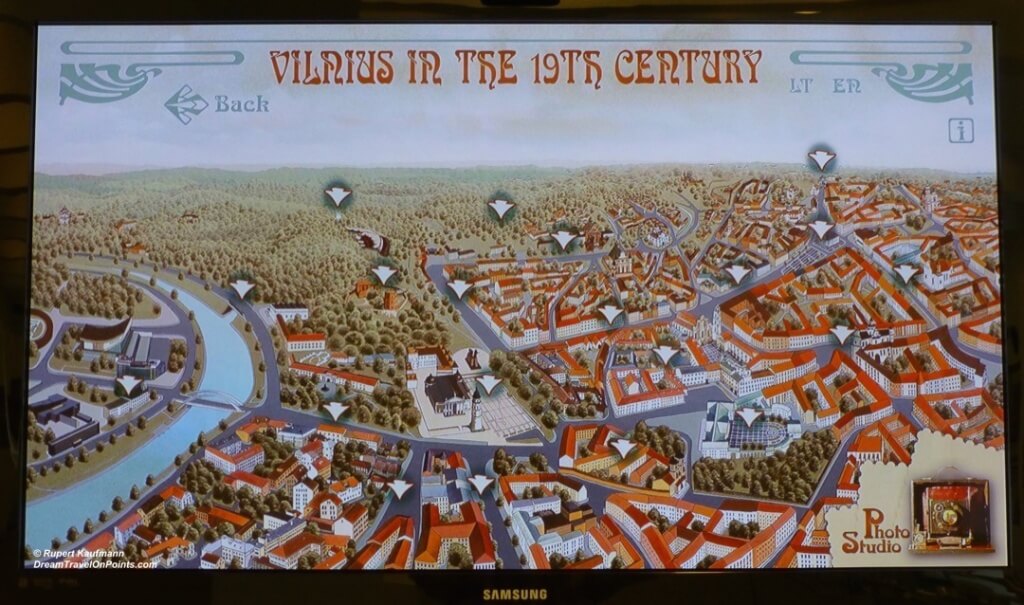 Other exhibits cover folk art with typical costumes in Lithuania, the lifestyle of Lithuanian peasants (including models of wooden houses) and cross crafting. During my visit was also a special photo exhibit with black & white photos from the 60s, 70s and 80s. It was fascinating to see how little had changed in the Lithuanian countryside until so recently, with photos of horse drawn carts during the harvest, wooden houses and cooking on open fires… 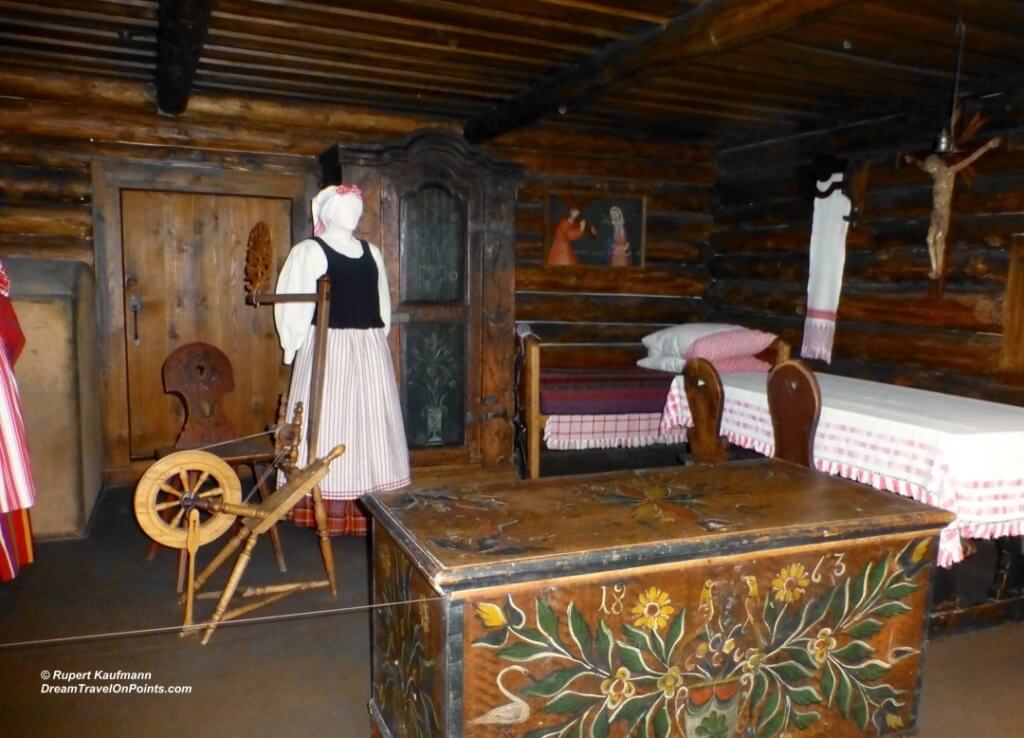 This is a great museum to visit. It manages a good mix of a quick overview with information panels and artefacts – or great detail with the video and computer systems, if you are interested! It also does a nice job of highlighting the most important periods of history from a Lithuanian perspective and some of the uniquely Lithuanian aspects of art and social life. This museum is a great example of why I love to visit history museums when traveling: Most of us have learned history in school from the perspective of our home country. Seeing it from the perspective of every country I visit is like filling in a mosaic of the world, one little stone at a time.
I recommend to check it out – it’s easy to find in the New Arsenal in the Old Town, the entrance fee is EUR2 for adults and it’s opening hours are the same as above!