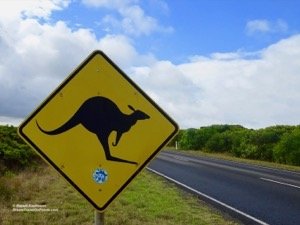 I love road trips, especially when they offer you breathtaking views, and the Great Ocean Road in Australia’s Victoria State is one of my favorite driving trips in the world! It’s more than 200 km of road with beautiful beaches, stunning limestone stacks at the 12 Apostles and a history of shipwrecks! So, rent a nice car and go for a ride – you won’t regret it!

The Great Ocean Road goes from Torquay near Melbourne to Allansford near Warrnambool (yeah, I know, that’s a mouthful!). If you like California’s Highway 1, you’ll love the Great Ocean Road: it hugs the hillside with beautiful ocean views. There is a key difference though – look out for Kangaroos! 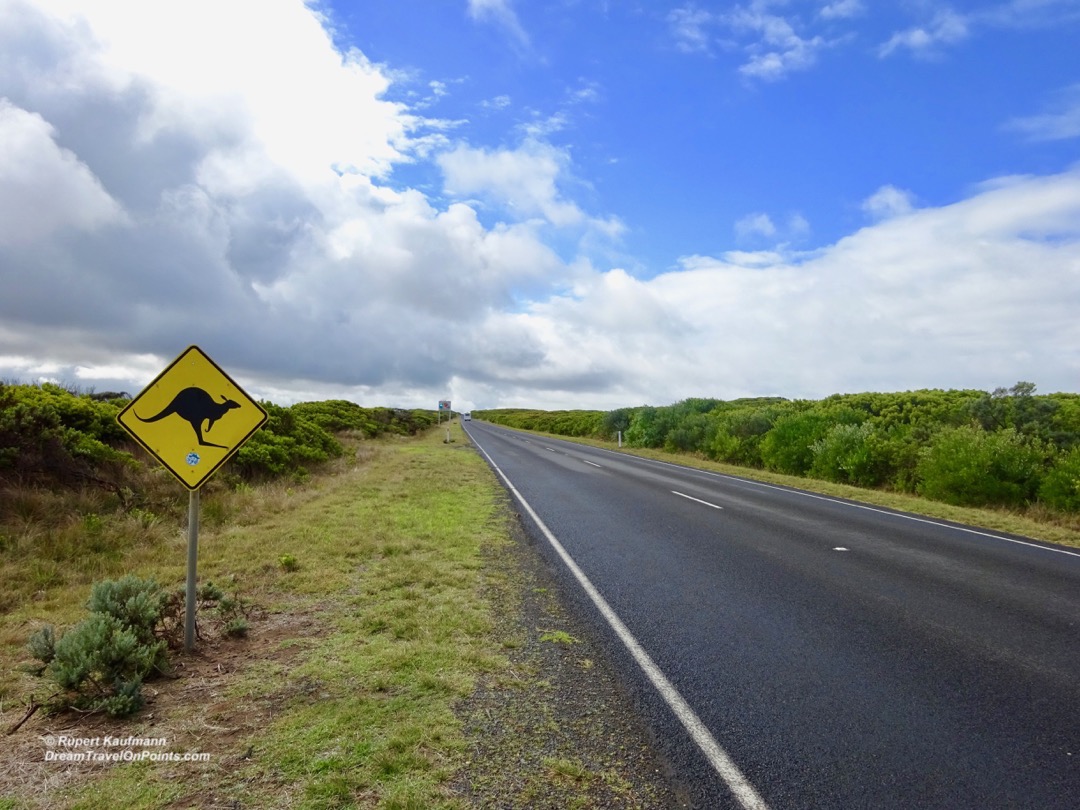 As you make your way South-West from Torquay, you’ll see steep cliffs covered in trees and greenery, making for lush surroundings! 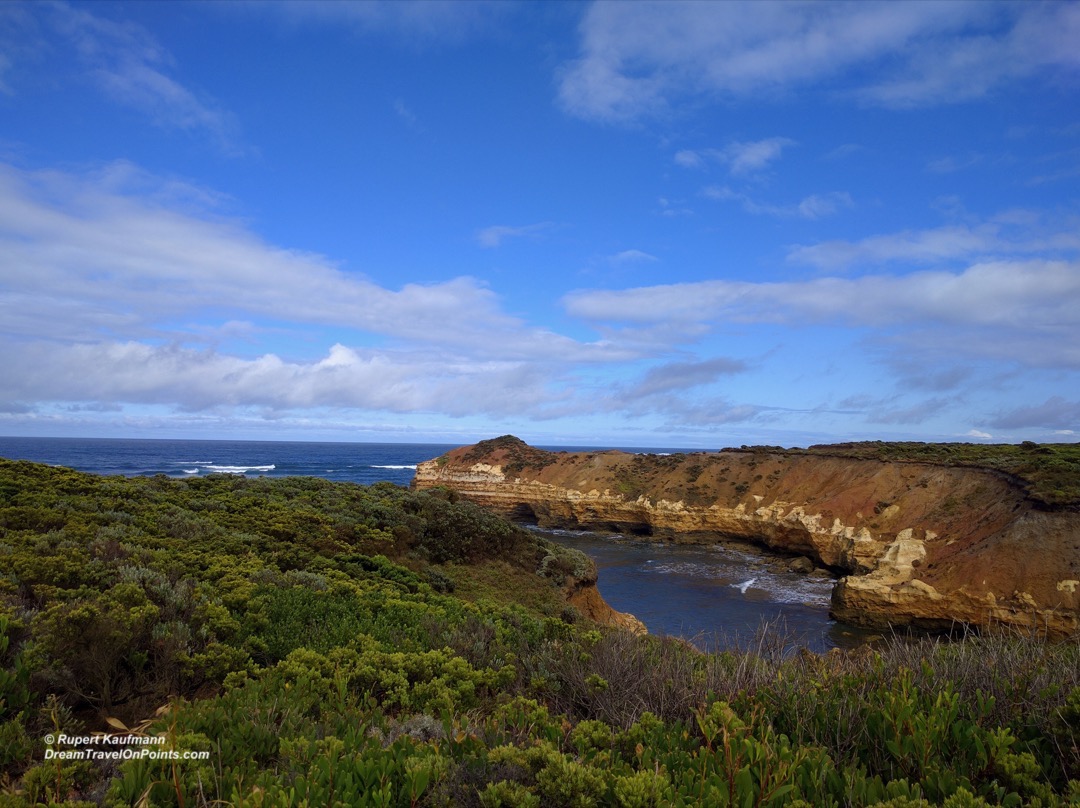 Every once a while the road will lead into cute little towns like Aireys Inlet, Lorne and Apollo Bay – and the scenery changes! They offer long stretches of sandy beaches, great to swim, hang out in the sun or surf – earning the name “Surf Cost”! They are popular tourist destinations with plenty of hotels, bars and restaurants and make a great stop-over for lunch or overnight! 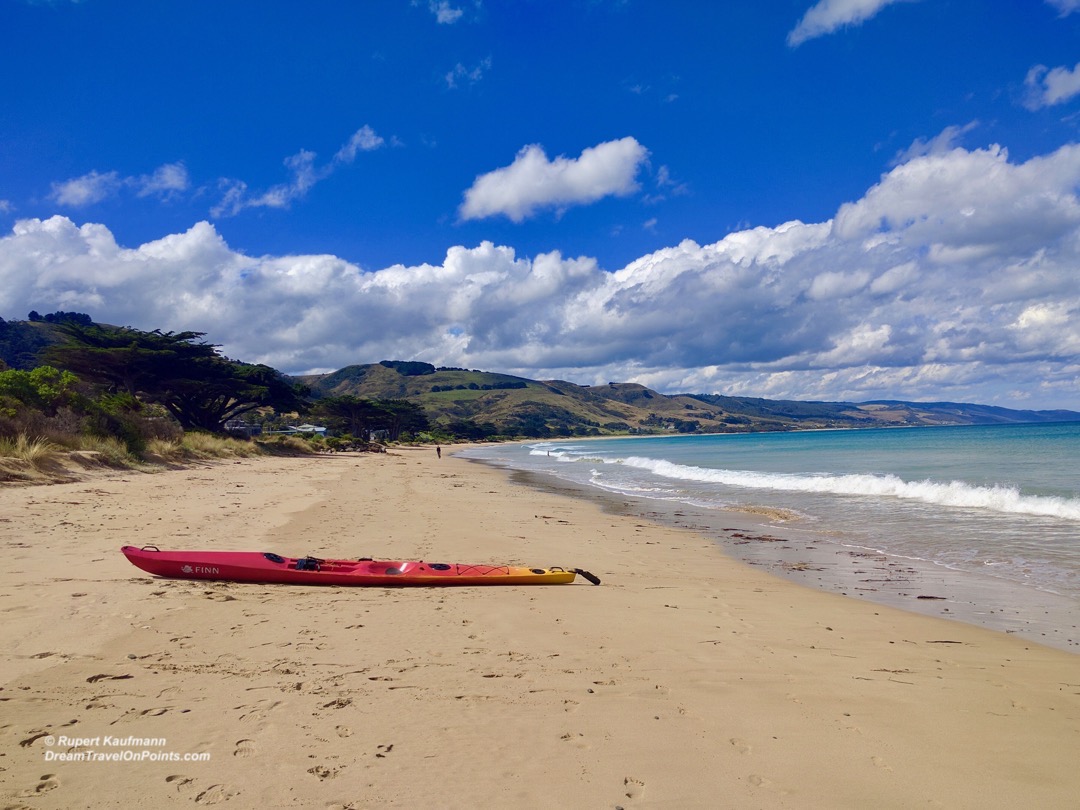 If you want to take it more slowly, you can spend 8 days hiking the Great Ocean Walk from Apollo Bay to the 12 Apostle through the Great Otway National Park, about 100km long with camp sites along the way! If that seems like a little more than you want to take on, there are countless day hikes on well maintained paths in the National Park and along the coast! The southernmost point of this road trip is Cape Otway with the oldest operating lighthouse. 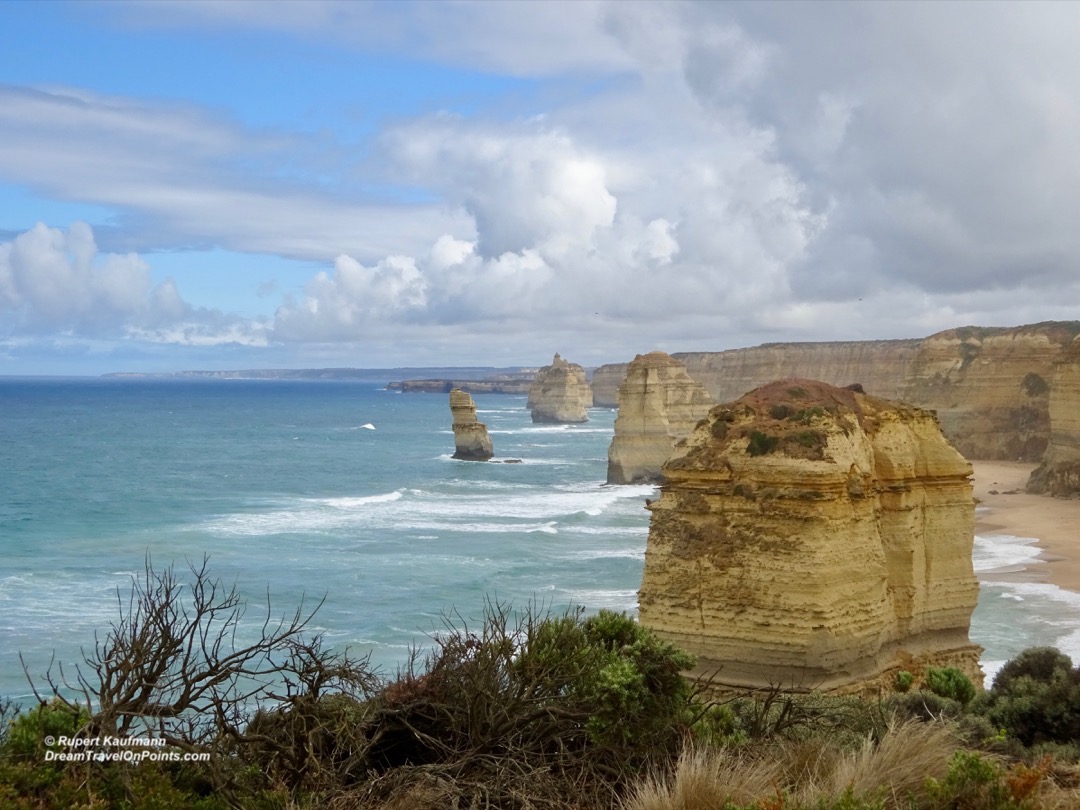 But the most breathtaking views are still ahead of you – the 12 Apostle. While they have nothing to do with the bible, it can still be a spiritual experience: It’s very humbling to see how nature has shaped this coastline. The fierce waves of the Southern Ocean have carved impressive limestone stacks out of the cliffs! As those waves continue to hammer the soft limestone, there are only 8 left – the ninth one having collapsed in 2005! You can see the “missing one” in a photo from my first trip prior to the collaps in comparison to the current view!

Another great sight that had a similar faith is the London Arch near Port Campbell: It used to be the London Bridge, but in 1990 the span connecting to the mainline collapsed, leaving the single London Arch standing in the ocean! 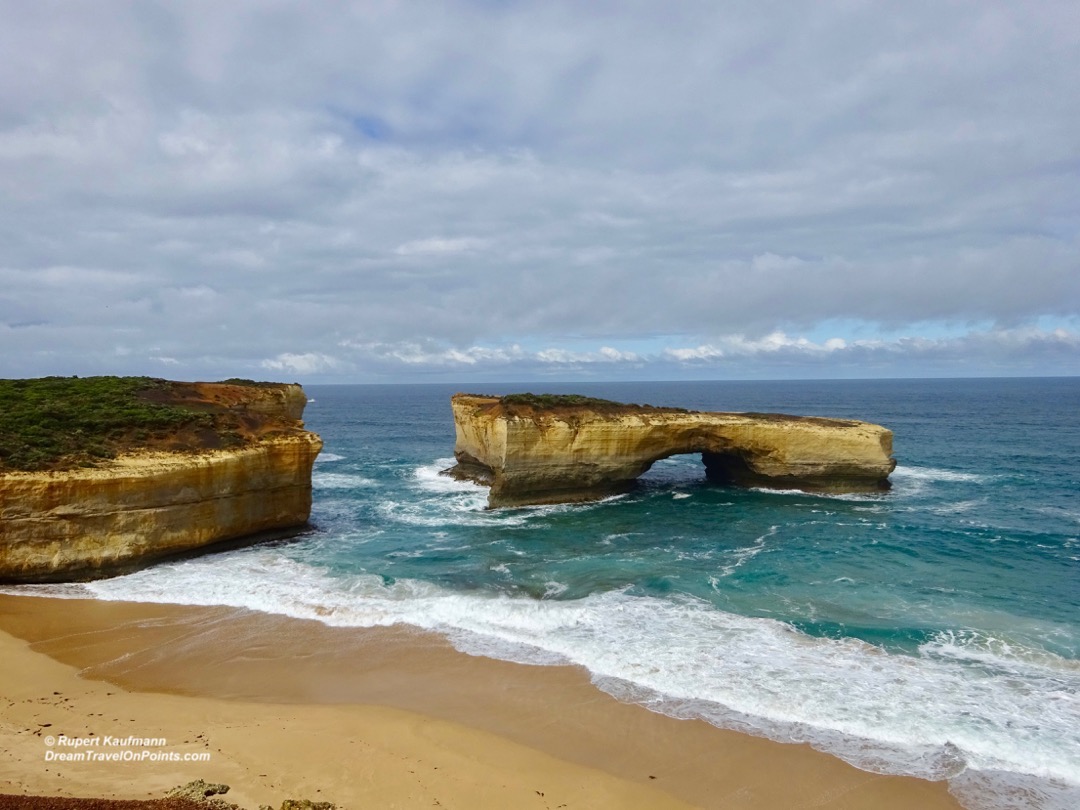 As beautiful as this coastline is from land, it’s fearful for any sailor. The rough seas and rocky shore have sunk more than 600 ships and around 240 have been discovered, earning this stretch of coast the name “Shipwreck Coast”! If you want to find out more about this part of history, you can visit the Flagstaff Hill Maritime Village and Museum. You can see more than 40 buildings from the era and learn more about the shipwrecks in the museum. There’s even a sound & light show to experience getting shipwrecked aboard the Loch Ard in 1873! 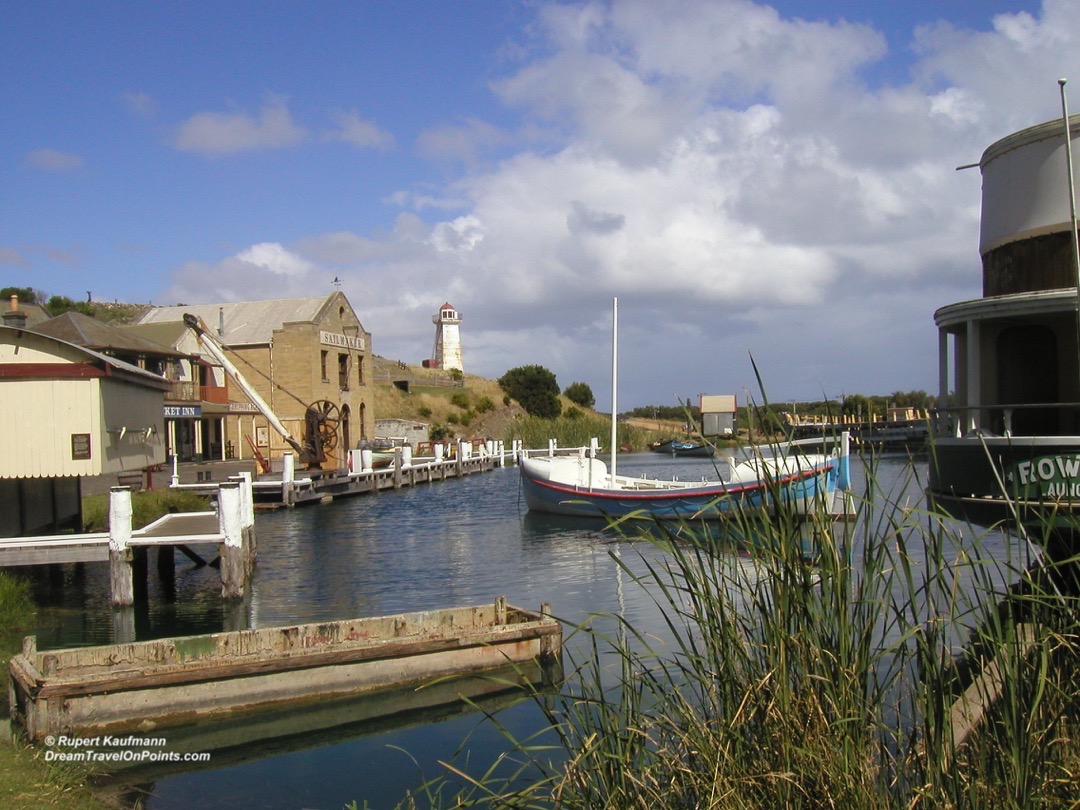 Travel Tips: I’ve done the trip twice – and I still wouldn’t mind doing it again! Each time I started from Adelaide in South Australia, giving me a chance to visit this Southern City and the surrounding Wine Country, as well as the Blue Lake in Mt Gambier. That makes for a road trip of almost 1,000km. I’d recommend at least two overnight stops along the way. The first stop could be along the Shipwreck Coast and I chose Warrnambool for it’s sights and proximity to the 12 Apostle, staying at the Best Western Olde Maritime. As a second stop, I’d suggest one of the beach towns on the Surf Coast. We stayed at the Coastal Motel in Apollo Bay and it worked out great!

For a shorter trip (roughly half), it’s easier to start and return to Melbourne. Stay just one night on either coast – or as long as you have time. It’s easy to “get stuck” on the Great Ocean Road.
In either case, plan ahead with your hotels. During the summer high season and weekends, hotels along the coast get booked up. For a less expensive trip, avoid late December and January and visit during the week! It’ll also make for a quieter experience and less traffic!