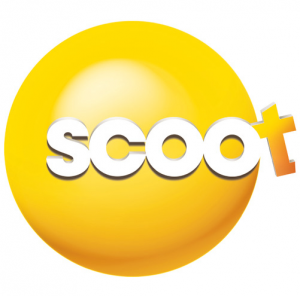 Scoot Airlines is the low-cost subsidiary of Singapore Airlines, launched in 2012. They were conceived as a long-haul airline from the start and recently merged with Singapore Airline’s short-haul subsidiary Tiger Air. Find out who they are and why you should care!

Who are they? Scoot Airlines (TR) is based in Singapore and serving 64 destinations in 15 countries, mostly in Asia-Pacific. They recently added Athens, Greece, as their first European destination and announced flights to Honolulu, US, (starting December 2017) and Berlin, Germany, (starting H2/2018). 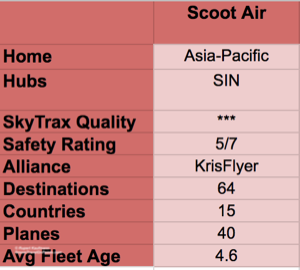 Scoot is using a fleet of  40 Boeing B787 Dreamliner and Airbus A319/320 with an average age of 4.6 years. The Airbus single-aisle planes are configured with an all-economy cabin, while the B787 planes also offer ScootBiz, a premium economy cabin.
SkyTrax rates Scoot a 3 (out of 5) star airline, comparable to other low-cost carriers around the world. AirlineRatings gives them a 5 (out of 7) star safety rating, with two stars missing to the lack of completing the voluntary IOSA airline audit. That puts them behind local low-cost competitor Jetstar (7*) and on par with other regional LCC like AirAsia Malaysia and Lion Air Indonesia.

Why should I care? Scoot Air provides a low-cost alternative in a Asia from a country with tight regulations and high safety standards and Scoot hasn’t had any of disasters that plagued regional competitors Lion Air or AirAsia.
Scoot offers upscale features to make your travels more comfortable, including the option to pay for priority check-in and boarding, onboard entertainment, a quiet zone with extra legroom seats and even a premium economy cabin. All of those features are especially welcome on long-haul flights and I like the ability to tailor my flight experience according to the duration of flight, occasion and needs!
Scoot is expanding their long-haul flights to the US and Europe, making them an interesting alternative to full-service carriers due to their upscale options and choice of secondary cities like Athens and Berlin! 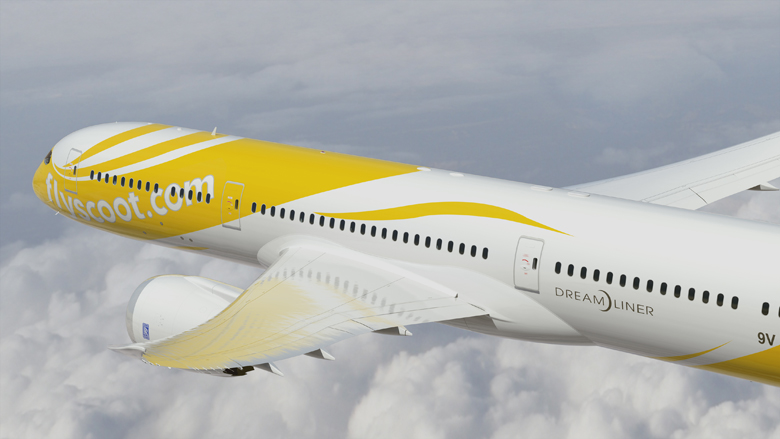 What else should I know? As a subsidiary of Singapore Airlines, Scoot also allows you to earn (extra charge) and redeem (vouchers) KrisFlyer miles. While neither the earning nor redemption options are great, it’s better than nothing.
Scoot has a partnership with Nok Air in Thailand and formed a subsidiary NokScoot, which you can book through the Scoot website, similar to the various AirAsia subsidiaries!
With more frequent flights in and out of Singapore in my future, I’m looking forward to flying Scoot more often and hope to try them out on a long-haul flight to Germany some time soon! I wouldn’t hesitate to fly or recommend them!